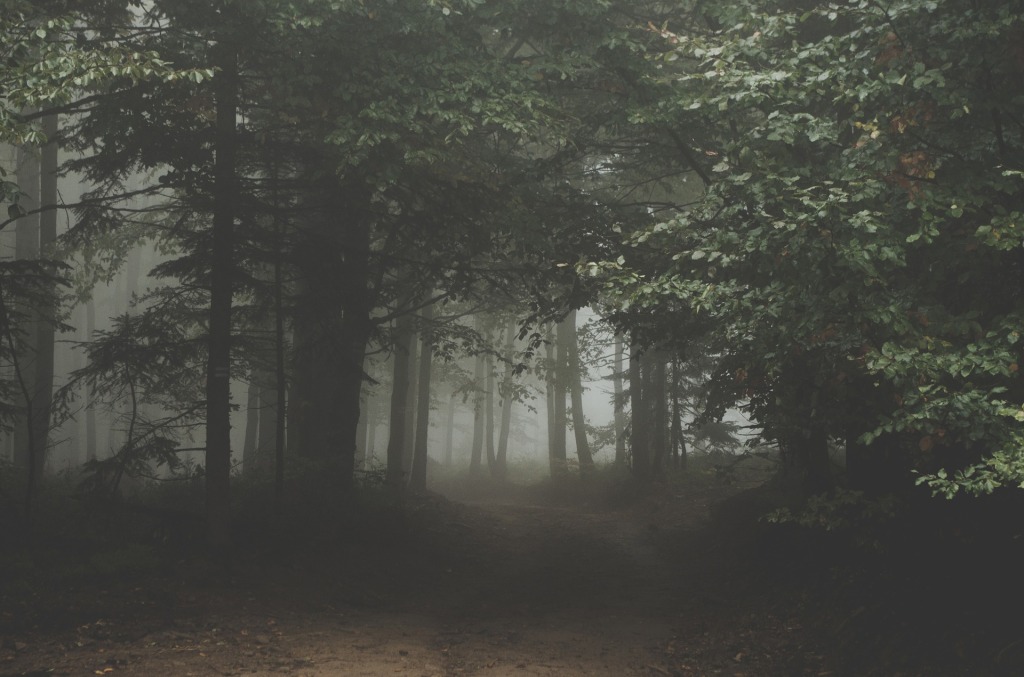 So they found a cozy place under the trees where they slept well until the morning; and Dorothy dreamed of the Emerald City, and of the good Wizard Oz, who would soon send her back to her own home again.

Greetings! Today we are back to looking at L. Frank Baum’s The Wizard of Oz by summarizing and analyzing chapter seven. In this chapter, we learn more about each of the characters and somewhat remove Dorothy from the story to explore what each of her companions is good at in their party role. Onward!

Chapter Seven Summary: The Journey to the Great Oz

In chapter seven, both the forest and the elements present obstacles for Dorothy and her companions to overcome. For instance, the question of food arises and the party disagrees as to how Dorothy will be fed, as the Tin Woodman would “weep” if the Cowardly Lion “killed a poor deer.” Additionally, they run into a wide ditch that seems impossible to pass:

They had hardly been walking an hour when they saw before them a great ditch that crossed the road and divided the forest as far as they could see on either side. It was a very wide ditch, and when they crept up to the edge and looked into it they could see it was also very deep, and there were many big, jagged rocks at the bottom.

The crew decides that they could cross this first obstacle by climbing on the Cowardly Lion’s back and letting him jump over the ditch for them. And, after gathering everyone on his back, he does just that because massive lions and fantastical elements are rife in The Wizard of Oz:

The next moment it seemed as if she was flying through the air; and then, before she had time to think about it, she was safe on the other side.

Eventually, they come to a second ditch that is far too wide for them to cross by jumping, even on the Cowardly Lion’s back, so they put their heads together and come up with a solution: the Tin Woodman uses his axe to chop down a tree, which spans both sides of the ditch and they cross. Now, shortly before this second hazard, the Cowardly Lion made everyone aware of another hazard of the forest: the Kalidahs.

The Kalidahs, as the Cowardly Lion describes, are “monstrous beasts with bodies like bears and heads like tigers,” and they could easily kill the Cowardly Lion just as easily as he could have killed Toto. “I’m terribly afraid of the Kalidahs.” The Cowardly Lion tells his companions, but , frankly, I have to assume this terrible creatures should be the least of his worries in the world of The Wizard of Oz.

As the group traverses the now fell tree that spans the ditch, a couple of Kalidahs attempts to pursue them, no doubt with ill-intent in their hearts. The company flees across the fell tree but before the Kalidahs can catch them, the Scarecrow reminds the Tin Woodman of his axe and so the Woodman chops the end of the fell-tree bridge and it plummets into the abyss, and both Kalidahs are “dashed to pieces on the sharp rocks at the bottom” (Baum).

Afterward, they make a new camp, and the Scarecrow finds Dorothy some fruit to eat. Meanwhile, with the troubles of the forest conquered, the Tin Woodman builds a raft for them and Dorothy falls asleep for the evening dreaming of Kansas.

Chapter seven of The Wizard of Oz is really about teamwork. The party all put their skills on display to help defeat trouble, from using their wits, to their strength, to their skills. For example, the Scarecrow helps Dorothy gather nuts to eat regardless of his clumsiness, and he covers her with dried leaves for a bed, which shows his loyalty and dedication to the quest and to Dorothy herself.

Moreover, we have two instances where the Cowardly Lion uses his strength to try to jump over a wide ditch to help his friends pass an obstacle, which shows his interest in cooperation to reach their goal.

“I am terribly afraid of falling, myself,” said the Cowardly Lion, “but I suppose there is nothing to do but try it. So get on my back and we will make the attempt.”

Furthermore, the Tin Woodman puts his skills to use by using his axe twice, both in defeating a pair of Kalidahs, and by crafting a raft for their furture adventure downriver.

So the Woodman took his axe and began to chop down small trees to make a raft … But it takes time to make a raft, even when one is as industrious and untiring as the Tin Woodman, and when night came the work was not done.

The teamwork emphasis is important because it harkens back to a theme I discussed at the beginning of the examination of this The Wizard of Oz: loyalty. The characters are all loyal to each other in servitude of their quest. While there is a self-serving narrative to question, there is a bent of kindness that doesn’t always tend itself to selfishness, such as covering someone with a pile of leaves or collecting food for them out of the kindness of your heart.