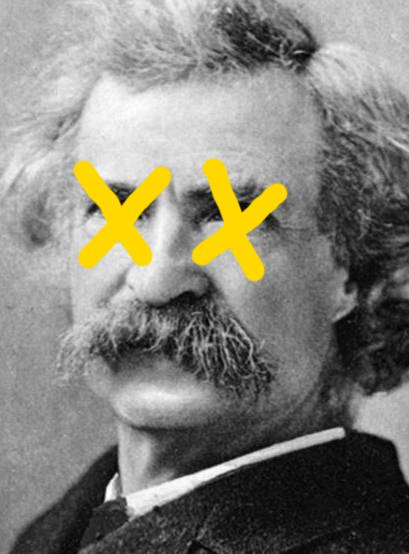 I have been a longtime fan of famous last quotes and stories about interesting deaths, because, well, morbid curiosity, I suppose. As it turns out, and as it relates to this blog, writers have suffered some pretty strange deaths, too. So, today, let’s take a closer look at a few!

Marlowe was a contemporary of Shakespeare and wrote The Jew of Malta, which was a complex play that featured a rather psychopathic protagonist/antagonist and his attempts at seeking revenge against those that had wronged him. How his death occurred is somewhat shrouded in mystery because Marlowe died in the 16th century and it can be difficult to assess forensics from our current year looking back, but, typically, historians claim that Marlowe got into an argument over a bar tab while drinking alcohol with a friend; and, his friend being a volatile type or just incredibly drunk (or both) stabbed Marlowe in the head right above the right eye. I think it’s a silly way to lose your life, and…it’s really grizzly. I don’t like the mental image of a knife cutting into a skull, and I dislike the mental image of a knife cutting through brain even less. Blech.

Mark Twain, author of Huckleberry Finn and The Adventures of Tom Sawyer, was an interesting fellow (I think that’s fairly common knowledge) and not only did he live an elaborate life full of adventurous literary tours and bad investments, but he also (allegedly predicted his own death). As reported by other sources, Twain apparently said, “I came in with Halley’s comet. It is coming again next year. The Almighty has said, no doubt, ‘Now there are these two unaccountable freaks; they came in together, they must go out together.’” As suggested, Twain died of a heart attack on April 21, 1910, one day after Halley’s comet flew overhead (Black).

I have discussed Zelda Fitzgerald a few times on the blog and it is well documented that her and her husband, F. Scott Fitzgerald, had a tumultuous relationship and she eventually was diagnosed with schizophrenia and was committed to a psychiatric hospital. Now, that’s already a sad way to end one’s life, but it doesn’t stop there. One day, when Zelda was restrained in a room in the hospital, the place caught fire and the floor she was on completely succumbed to the flames (Steward). As Factinate writes: “A fire broke out in the kitchen of the mental hospital where she was living at the time, and Fitzgerald was killed when the fire spread into the waiting room where she was locked in and sedated, reportedly waiting for electroshock therapy”(Siegel). Certainly, a gruesome way to go out and a strange end to what most would consider a weird finish to an erratic life.

Hemingway has had a couple spots on this blog already, but I think we can add another one as his death is effectively a popular way to go for artists. Hemingway’s suicide was a touch different in how persistent he was. Evidently, Hemingway was institutionalized and experienced electroshock therapy after dealing with staggering moments of depression and health issues that left him unable to write. He then tried to kill himself before returning to the hospital by loading his favorite shotgun, but he was physically restrained. However, Hemingway was not to be deterred. “Before getting on the plane to take off, he tried to walk into a spinning propeller. Once the plane was in flight, he twice attempted to jump from the aircraft” (Art of Manliness). It is said that after he was released, he went home, grabbed his favorite shotgun once again, and finally succeeded at cutting short his life (Shraddha).